The rules of wheelchair tennis are actually extremely… simple! There’s just one single difference compared to traditional tennis: players are allowed to let the ball bounce twice before sending it back to the other side. Seems easy? Not at all. Come and try it yourself during the tournament!

Three categories are featured: men, women and quads. Quad players are disabled at the lower part of their body but also partly at the upper part. Many of them pack and tape their racket to their hand to be able to hold it strongly enough. Others play with their wrong hand. For them, playing tennis is a real performance.

Wheelchair tennis is born in the United States in 1976, developed by Brad Parks and Jeff Minnenbraker on the West-coast of the country. The first tournament took place in Los Angeles the next year and welcomes around 20 competitors. France became the first European country to promote wheelchair tennis.

The sport integrates the International Tennis Federation in 1998 and becomes the first handisport to have such a level of integration worldwide. More than 175 tournaments in 41 different countries are  organized today and the discipline has become a Paralympic sport since the Olympic games in Barcelona in 1992. However, we had to wait until 2016 to see the last Grand Slam tournament (Wimbledon) allow wheelchair players to play both singles and doubles and to complete the trail! 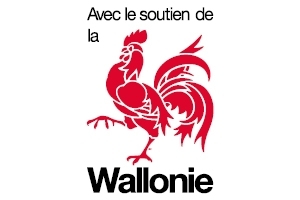 See all our partners